This contest is only open to residents of the community of Currie located in Calgary, Alberta, Canada, who have reached the age of 18 at the beginning of the Contest Period (each eligible person, an “Entrant”) except for: (a) persons who, at the beginning of the Contest Period, are or become directors, officers, employees, representatives or agents of Sponsor or the Designated Representative (as defined below), or of any of Sponsor’s or the Contest Administrator’s respective parent companies, subsidiaries, affiliates, related companies, local corporate or non-corporate advertising cooperatives, advertising, promotion and public relations agencies, service agencies or independent contractors; (b) individuals engaged in the development, production, distribution or supply of materials or prizes for the Contest; and (c) persons who are or purport to be an immediate family member (defined as spouse, dependent for federal income tax purposes, or step-, adoptive, foster, custodial or natural mother, father, sister, brother, daughter or son) of any person in any of the preceding categories, regardless of where they live, and any persons who reside in the same household, whether related or not, as any person in any of the preceding categories. By participating in the Contest, each Entrant (fully and unconditionally agrees to comply with and abide by these Official Rules and the decisions of Sponsor and Designated Representative, (collectively, the “Contest Parties”), which shall be final and binding in all respects.

No purchase necessary. To enter the Contest, an Entrant must complete the My Currie Story Survey in its entirety, online at https://www.surveymonkey.ca/r/DFLKBFD. Survey submissions must be received during the Contest Period. One Entry is permitted per resident in the Contest.

By entering the Contest, and submitting a survey Entry, you agree to release and hold harmless the Contest Parties and each of their respective officers, directors, agents, representatives, successors and assigns (collectively, the “Released Parties”) from and against any and all claims, damages, liabilities, costs and expenses arising from use of his/her Entry, including, without limitation, any claims, damages, liabilities, costs, and expenses relating in any way to publicity rights, defamation, invasion of privacy, copyright infringement, trademark infringement or any other intellectual property related cause of action.

Winner Selection: One (1) potential winner will be selected in a random draw from among all eligible entries received during the Contest Period outlined in Section 1. The random draw will take place on or about May 23, 2022 (“Draw Date”) at approximately 12:00 p.m. at the office of the Designated Representative located at Suite #500, 1324 17 Ave SW, Alberta, Canada. Limit one (1) prize for the entire Contest Period. Winner selection will be run by the Designated Representative on behalf of the Sponsor.

If the potential prize winner cannot be contacted within one (1) business day of the Draw Date and time, if there is a return of any notification as undeliverable, does not respond to the phone call, provide the required information by the required time, is unable to receive phone calls or emails, has not correctly answered the skill-testing question on the phone call within a reasonable time, does not return the signed Declaration and Release to the Designated Representative, or fails to do so for receipt by the Designated Representative by the required time, or in any other manner has not complied with these Official Rules, the Designated Representative will declare the selected Entrant to be disqualified and they will be ineligible to receive the prize. If the prize cannot be awarded, the prize will be forfeited and will not be awarded. If, for any reason, an Entrant whose Entry is drawn is not declared the winner of the prize, then that potential prize winner will not have any claim against the Sponsor, Designated Representative or against any other person, firm or corporation in respect of the Contest or the prize.

The Designated Representative reserves the right to modify the Prize in its sole discretion, based upon, the circumstances of the contest, or other factors which may not be in the Designated Representative’s control. Without limiting the generality of the foregoing, the following general conditions apply to each Prize: (a) Prize must be accepted as awarded and is not transferable, assignable and/or convertible to cash; (b) no substitutions are allowed, except at Sponsor’s sole option.

The odds of being selected as an eligible Winner depend on the number of eligible Entries received during the Contest Period in accordance with the Rules.

The Contest is subject to all applicable federal, provincial and municipal laws. The decisions of the Sponsor or the Designated Representative with respect to all aspects of the Contest are final and binding on all entrants without right of appeal, including, without limitation, any decisions regarding the eligibility/disqualification of Entries. By participating in the Contest, you are agreeing to be legally bound by the terms and conditions of the Rules. ANYONE DETERMINED TO BE IN VIOLATION OF THESE RULES FOR ANY REASON IS SUBJECT TO DISQUALIFICATION IN THE SOLE AND ABSOLUTE DISCRETION OF THE SPONSOR OR DESIGNATED REPRESENTATIVE AT ANY TIME.

The Released Parties will not be liable for: (i) any failure or malfunction of SurveyMonkey, MailChimp, Instagram, Facebook or Twitter during the Contest; (ii) any technical malfunction or other problems relating to the telephone network or lines, computer on-line systems, servers, access providers, computer equipment or software; (iii) the failure of any Entry or other material to be received, captured or recorded for any reason, including, but not limited to, technical problems or traffic congestion on the internet or at any website; (iv) any injury or damage to an entrant’s or any other person’s computer or other device related to or resulting from participating in the Contest; and/or (v) any combination of the above.

#MyCurrieStory Winners: From Toronto to Currie

Fitness for Everyone in Currie with Barracks Fitness

Barracks Fitness is a CrossFit gym run by husband-and-wife team Eric and Christi Barber in the beautiful Currie neighbourhood. Located in B5 – 2514 Battleford Ave, Barracks Fitness is ready for you with a wide range of classes, training, and

My Currie Story Official Contest Rules (the “Official Rules”) CONTEST ENTRY PERIOD The My Currie Story Contest (the “Contest”) is sponsored by Canada Lands Company (the “Sponsor”) and Zero Gravity Marketing Inc. (the “Designated Representative”). The Contest starts on May 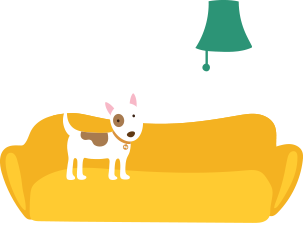