After marching west from Manitoba, 150 members of the North West Mounted Police begin construction of Fort Calgary. Known as the RCMP today, this group came to establish Canadian law and order, and lay the groundwork for larger settlements. 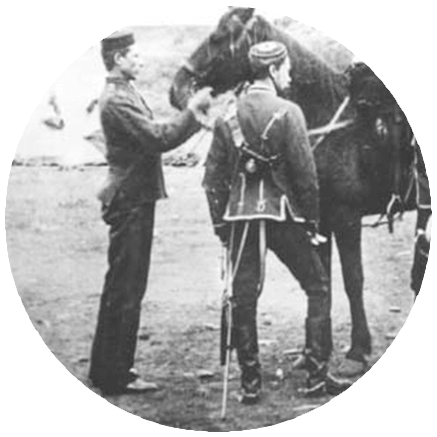 The land where Currie will eventually stand is designated to the Canadian Armed Forces as training grounds leading up to the First World War. 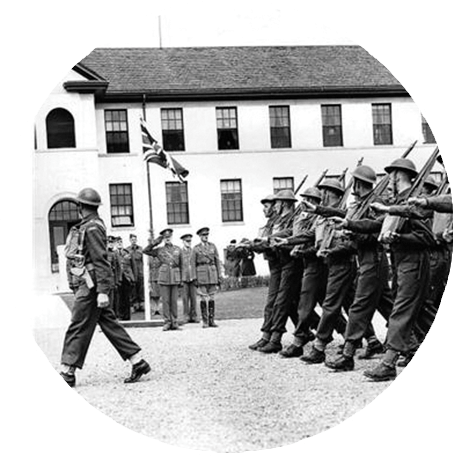 The Government of Canada designates $1.6 million (over 2 years) to build a military base in Calgary as part of the Public Works Construction Act to alleviate the effects of the Great Depression. The Currie Barracks, named for the renowned General Sir Arthur William Currie, becomes home to the largest establishment of the Canadian military in Alberta to date. 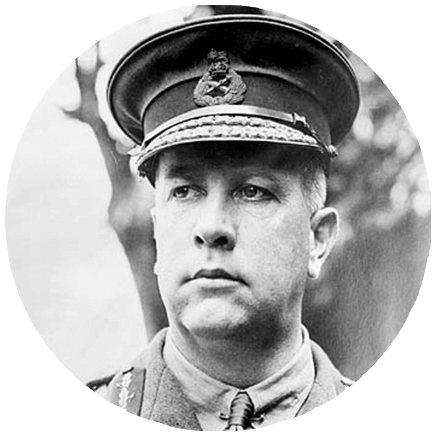 The airstrips were officially closed and one airstrip was used as a vehicle dragstrip until the early 1980s. The remaining property was sold to the ATCO company, the City of Calgary and Mount Royal College. 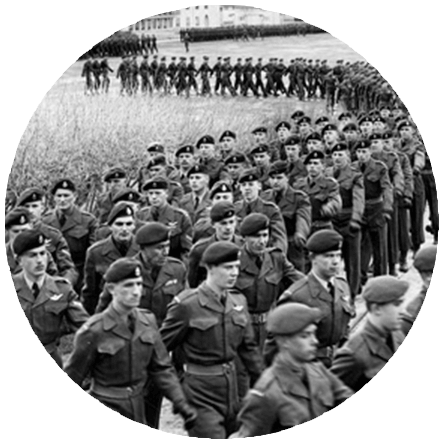 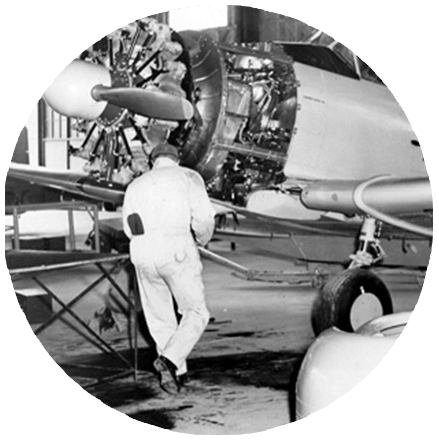 After enormous population growth in Calgary, the need for expanded roadways is acted on – Crowchild Trail grows to six lanes to flow traffic from Nose Hill Dr. NW to Glenmore Tr. SW. 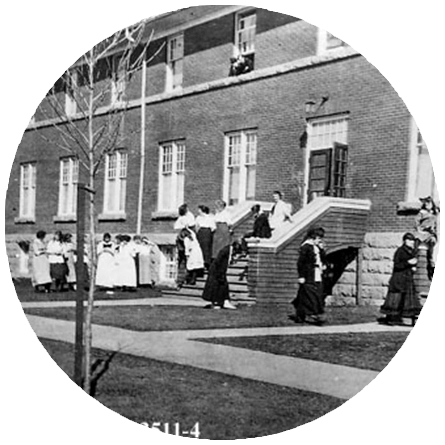 Queen Elizabeth II visits CFB Calgary for a celebration on Parade Square and is presented to each officer in the Officers’ Mess Garden. This is her last visit to the base.

Forces stationed at CFB Calgary begin moving to the Canadian Forces Base Edmonton. CFB Calgary is officially decommissioned and Canada Lands Company purchases the land and buildings for future development. 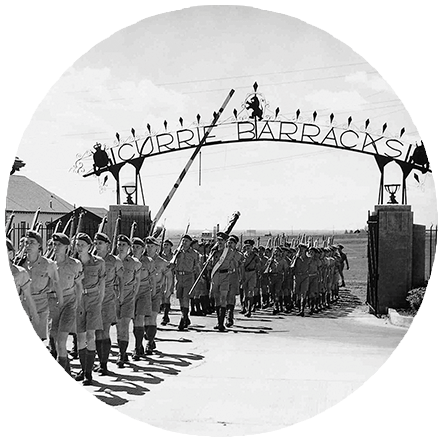 Entrance to The Parade Square

After extensive community consultation, the CFB West Master Plan is approved for Garrison Woods, envisioning a vibrant urban community where future residents will live, learn, work and play. This marked the first development project for Canada Lands Company, followed by the development of Garrison Green.

The Currie Barracks Community Plan is approved and land use is confirmed for the third and final development of the original CFB Calgary. 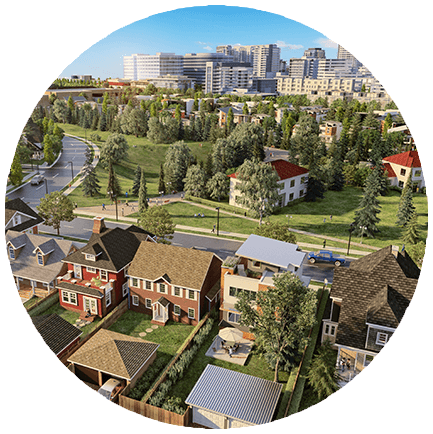 Construction begins on the first single-family homes and the community of Currie Barracks officially launches to the public.

After a progressive new plan for the community is approved by the City of Calgary, Currie Barracks becomes simply, Currie. 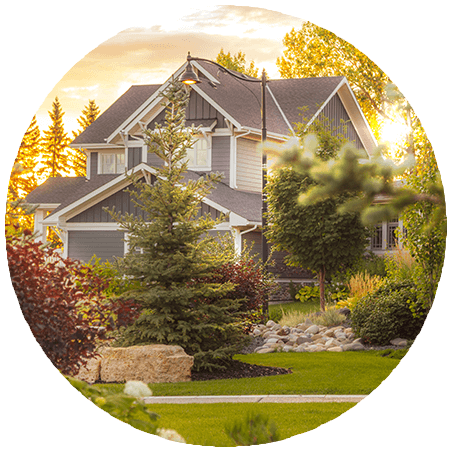